He was a member of the Jardwadjali people, born on Mullagh Station, about 10 miles north of Harrow, Victoria and learned to play cricket while working on the adjoining Pine Hills agricultural property. He was given the name ‘Black Johnny’ to distinguish him from a ‘White Johnny’.

Also known by his traditional name Unaarrimin (he was given the name ‘Mullagh’ to identify him with his place of birth), he played 47 matches on the 1868 England tour, scoring 1698 runs at an average of around 23.45 on pitches that were often treacherous. Spectators considered him the equal of any English batter. He also bowled 1877 overs, 831 of which were maidens and took 245 wickets at 10 apiece. If this weren’t enough, he would occasionally don wicket-keeping gloves, achieving four stumpings.

Few contemporary cricketers better merited the title of all-rounder. His performances were impressive enough for him to join the Melbourne Cricket Club (MCC) as a professional, although he did not remain there for long.

Nineteenth century Australia witnessed severe discrimination against indigenous peoples. Many of those chosen to tour England were left to obscure futures and early deaths once the venture had concluded. One Player, King Cole, died on the trip and of those who returned, seven spent time on a reserve; two vanished and the fate of two others is not clear from the surviving records.

Unaarrimin was both an independent person and a passionate advocate of indigenous rights, refusing to dwell on state-controlled reserves. His political stance was revealed during a game at Apsley, when, as the players went to lunch, a white participant asked, “What about the nigger?”. The captain replied, “Let him have his dinner in the kitchen; anything is good enough for the nigger”. Unaarrimin refused to eat in the kitchen and sat outside the hotel in protest.

He never appeared in inter-colonial cricket although he did represent Victoria against a touring England side in 1879, top scoring with 36 in the second innings. He was then 38 years old, and instead of going in first-wicket-down as he did for his club, batted at nine and 10.

Maintaining his independence and dignity to the end, Unaarrimin spent his last days living in a rabbitter’s shack. He continued to play cricket until a few months before his death at Pine Hills Station in 1891. The Hamilton Spectator described him in his obituary as “the [W.G.] Grace of aboriginal cricketers”.

Johnny ‘Unaarrimin’ Mullagh was laid to rest in Harrow Cemetery and every year on the Victorian March Labour Day long weekend, a team of Indigenous cricketers and a team drawn from the local cricket association, come together at Harrow for the honour of winning the Johnny Mullagh Memorial Cup. 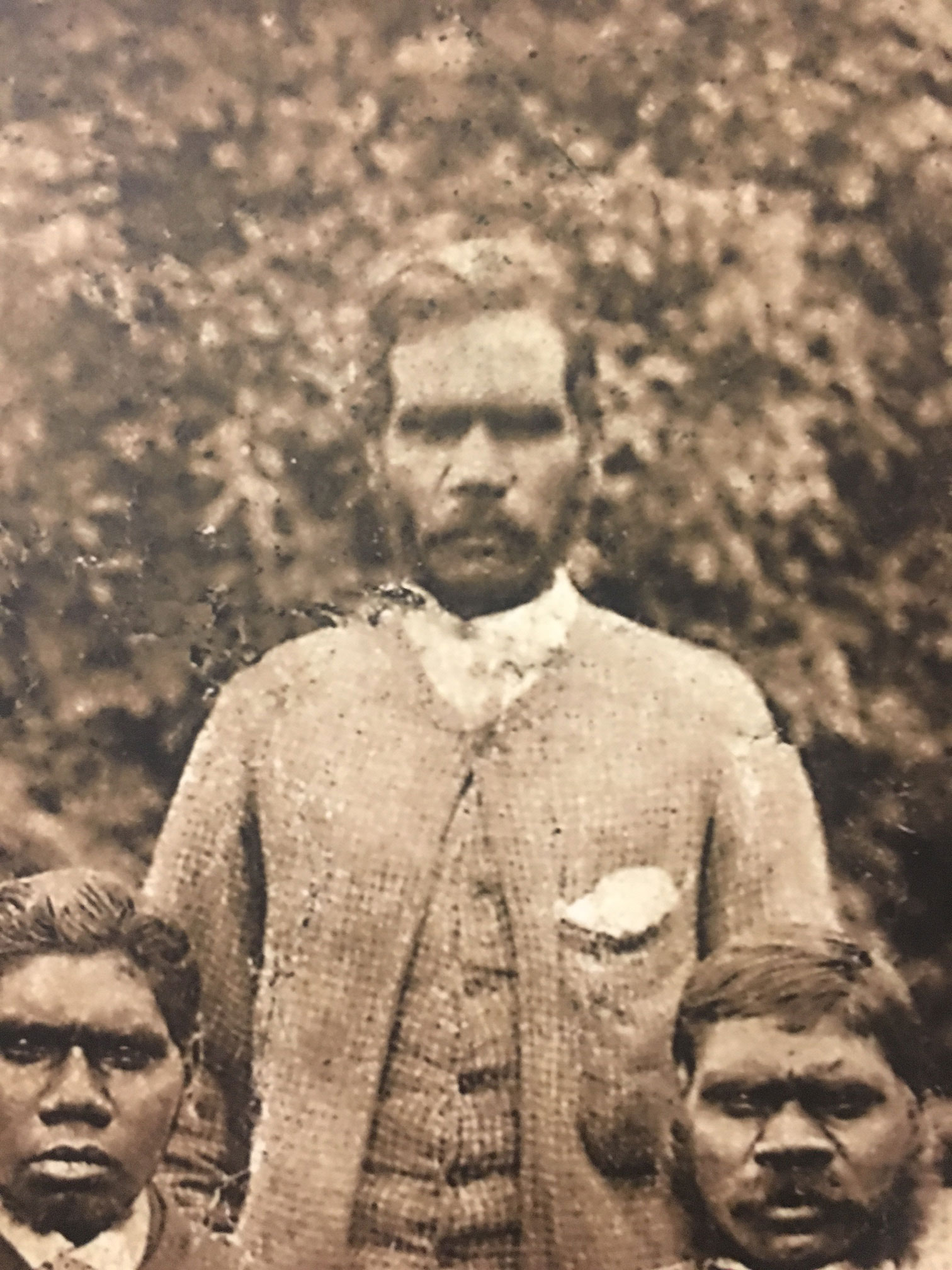