Rarely does one think of world class collections and small rural communities in the same breath, however the time has come to totally review the way the cricketing world views the “holy grail” when all things cricket come into play.

Harrow, in the Western District of Victoria (ideally situated midway between Melbourne and Adelaide) has long been recognised for its award winning Johnny Mullagh Interpretive Centre, which many visitors believe is the best museum of its type, rivaling regional and metropolitan venues anywhere in the country. The centre explores in amazing detail the journey of the 1868 Aboriginal touring team, the first team in fact to leave Australian shores and tour England, an event dated fourteen years before the now famous ashes was to take place.

So it would seem fitting that the centre in Harrow play host to another vital chapter in the “Sport of Gentlemen”. Sixty two years after the 1868 Aboriginal touring team, a young Don Bradman, just two years into what would prove to be a phenomenal cricketing career, would join the 1930 Australian Test team in England captained by Bill Woodfull in the tour of the Ashes. Bradman would go on to play and top score in the 1934 tour, captain the 1938 tour, and then captain the 1948 post war team, which would become forever known as “ The Invincibles”. This was Bradman’s final Ashes Tour.

In his 20-year career, Sir Donald Bradman became known as the man that carried a nation’s hopes and dreams on his back. Bradman is still the only Australian ever knighted (in 1949) for his services to the game of cricket.

The Harrow centre can now lay claim to hosting the largest Bradman collection in the world with the addition of 17 new pieces to the already very large collection on display. The exhibition includes original, fully autographed photos of the 1930, 1934, 1938 and 1948 Australian test teams. You will not see a Bradman collection of this caliber anywhere else in Australia. With just under seventy pieces on display, it’s time to get out the GPS and head to in Harrow, Victoria.

For serious collectors, there is the opportunity to acquire limited edition prints of several of the pieces and inquiries can be made by contacting the centre manager. 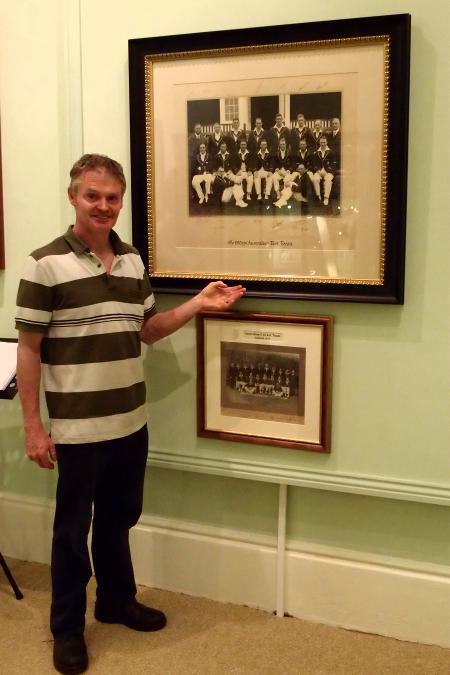 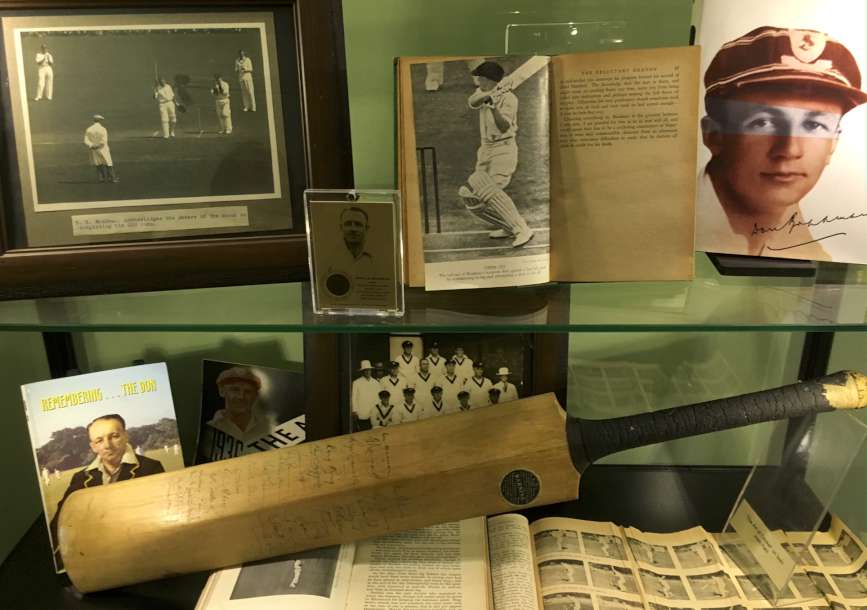 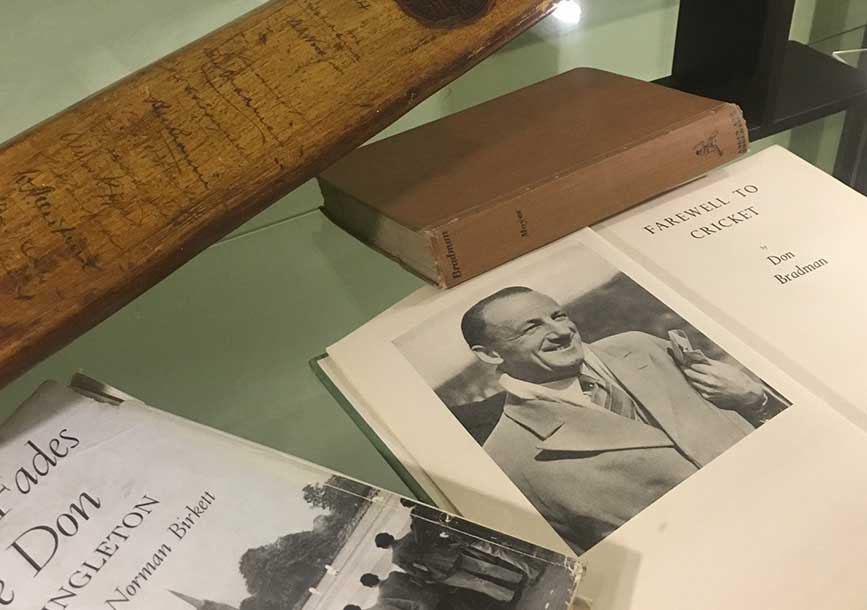