Australia’s first international touring sports team and our first cricket team to tour England, was a team of Aborigines who lived and worked in south-west Victoria, in the 1860s.

This fascinating and significant chapter in Australia’s history, is the foundation for the Harrow Discovery Centre and Johnny Mullagh Interpretive Centre – named after the star all-rounder of that pioneering cricket team.

Then known as the Johnny Mullagh Cricket Centre, our museum was officially opened by Geoff and Helen Handbury OAM, on April 18, 2004.

The centre celebrates the achievements of Australia’s First XI and the development of Harrow from the supply centre for three large farming selections, to a dynamic, rural community.

Come and explore the many stories of Harrow at The Harrow Discovery Centre and Johnny Mullagh Interpretive Centre and learn about Johnny ‘Unaarrimin’ Mullagh and the The Australian Aboriginal cricket team’s tour to England in 1868.

Spend some time viewing our Bradman exhibition – part of the largest privately held collection of its kind .

The Centre also has tours and programs available for visiting commercial tour operators and private groups, please call the centre for more information.

The Harrow Discovery Centre survives on spirit, kindness and generosity. 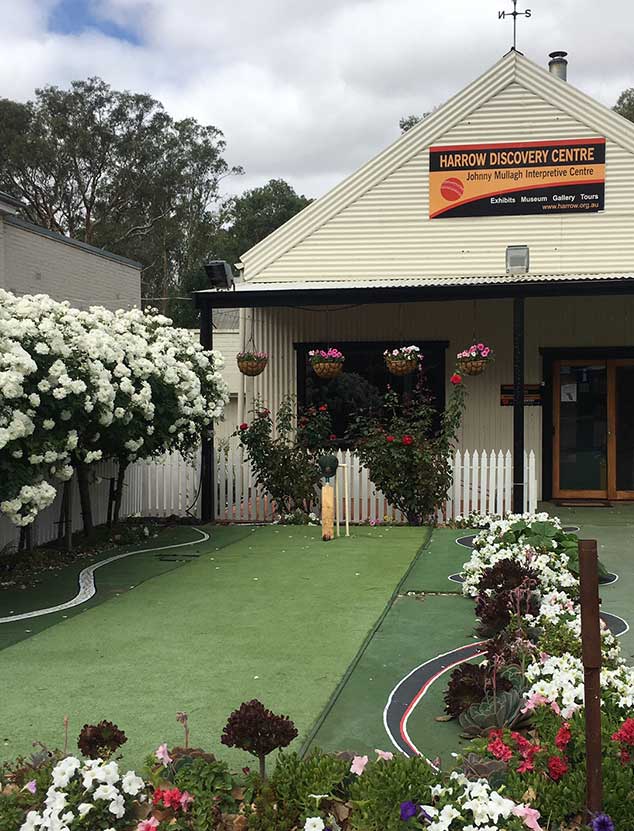