The committee is responsible for the administration and maintenance of the cemetery, including assisting families with plot selection and genealogy.

The final resting place of settlers of the oldest inland town in Victoria, It’s not often that a branch of the family tree – or a least a twig – can’t be discovered in the Harrow Cemetery.

The site holds graves dating as far back as 1854, when Edmund James Broughton, aged just 22, was laid to rest at the site.

Among the historic tombstones are the intriguing stories of the unmarked graves, including the tragic ‘stlll-born’ section and small markers lay reference to the unknown child and two Chinese graves.

The latter can be found next to one of Harrow’s most famous sons – Unaarrimin ‘Johnny Mullagh’ – an Aboriginal stockman and cricket player, who starred in Australia’s first touring cricket team to England, 14 years before the Ashes were even thought of.

Despite the social imbalance between European settlers and Aborigines at the time of his death in 1891, Johnny Mullagh was given a Christian burial within the grounds of the cemetery, such was the esteem in which he was held, in the district.

For further historical information or assistance with plot selection or purchase, contact the secretary, Rob Heaney. 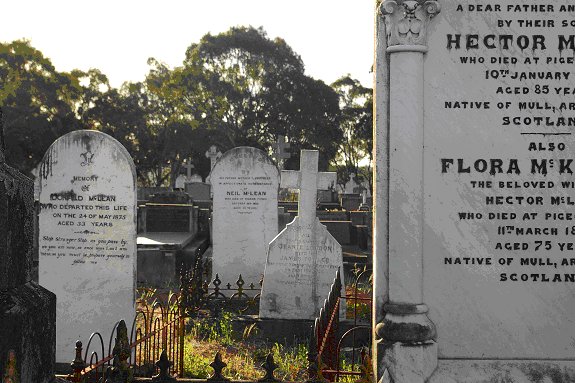